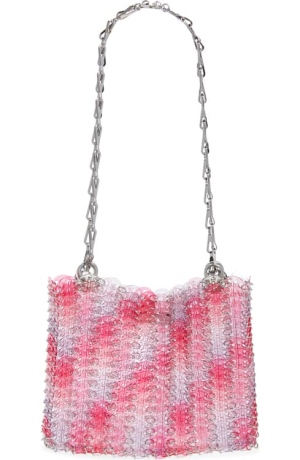 This modern version of Paco Rabannes’s iconic chain-mail bag is assembled by hand using metal rings and over 350 colorful and transparent discs. 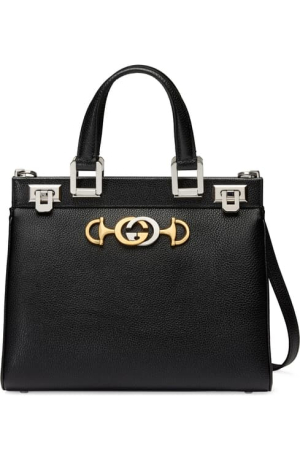 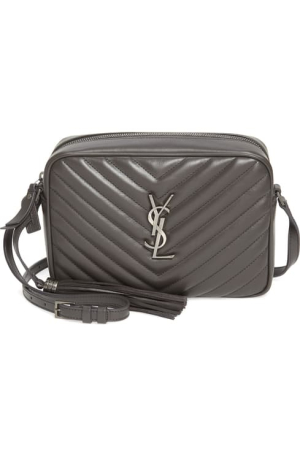 Inspired by vintage camera bags, this chic crossbody features elegant matelassé stitching, logo-monogram hardware and a dramatic tassel at one side. 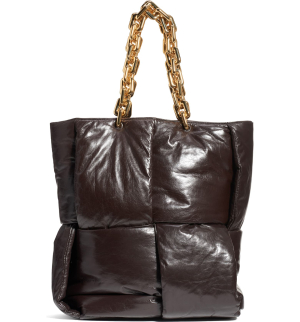 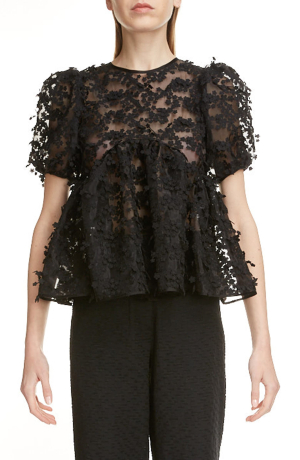 Tiny black flowers blooming across a sheer backdrop bring dark romance to this ultrafeminine babydoll blouse secured with a pair of dainty ties at the back. 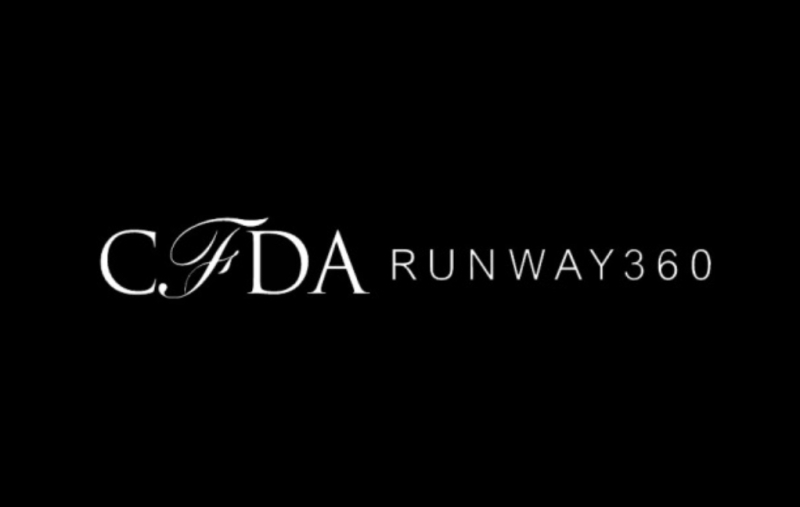 The Council of Fashion Designers of America released its schedule for New York Fashion Week this morning, featuring 60 designers who are lined up to present their spring 2021 collections digitally.

This go-round, the CFDA will focus on its Runway360 digital platform, which allows brands the flexibility to show their collections in a variety of formats, such as look books, videos, movies, livestreams of fashion shows, and at a time that works for them. The platform has been developed to engage domestic and International press, consumers and retailers, most of whom are unable to travel to New York during this time.

NYFW kicks off Sept. 13 with Jason Wu, who is having a live fashion show at 5 p.m. for an audience of 25 to 30 people for his contemporary collection on the roof of Spring Studios, that will be streamed. It will be followed at 7:30 p.m. by Harlem Fashion Row's virtual fashion experience featuring several designers of color, such as Kimberly Goldson, Kristian Loren and Rich Fresh.  The event, which has designers  scheduled practically every half hour,  wraps up on Sept. 16 at 7 p.m. with Tom Ford, who will post images of his collection on the platform.

“The COVID-19 pandemic has upended the global fashion industry and hit New York particularly hard,” said Steven Kolb, chief executive officer of the CFDA. “Fashion week is a critical time when brands are able to connect with press, retailers and consumers, and I’m proud of how quickly the CFDA pivoted to support the needs of the industry by creating Runway360.”

Kolb said he was excited to see 15 American new brands to the schedule, many presenting for the first time who might not have had the chance to share their collections with a global audience without this platform. “We’re also excited to highlight the incredible talent coming out of Harlem’s Fashion Row, and announce the return of New York Men’s Day. In the face of unprecedented challenges and uncertainty within our industry, the American fashion community has once again come together to support each other and prove its resilience,” said Kolb.

This season is obviously very different from the past NYMD’s we have done, but it’s now more important than ever to provide a platform for emerging designers to showcase their collections and it’s why NYMD was conceived in the first place,” said Erin Hawker, founder of Agentry PR, which produces and executes New York Men’s Day.

“We’re extremely happy to continue our mission of supporting new and young talent and even though we might not be showing in physical spaces this season, we’re still proud to be able to offer a digital space for our designers to make it uniquely their own to showcase their creations to the world,” said Hawker.

Kolb explained that early in the pandemic, CFDA pivoted its efforts toward responding to COVID-19, reallocating and raising money. They granted $5 million to brands that needed support and help, and $1 million of it went to Harlem’s Fashion Row for designers of colors. Then, after talking to designers who have shown in the past and CFDA members, some designers didn’t have the budget to put a collection together or have a presentation, either digital or live. They were focused more on their employees, and building out e-commerce. “A lot of brands had to make the decision with limited funds, what was the best way to allocate them,” said Kolb.

The list of participants will probably grow as it gets closer to NYFW, says Kolb. There is no cost to participate. Every participant gets an assigned time, and if a viewer misses it, he or she can view it later on the platform. Brands that aren’t on the official Fashion Calendar can also be on Runway360, as a way to present their collection, said Kolb.

Kolb believes this will prove to be a real asset for international guests.

“Anyone anywhere in the world can watch these shows or tap in and see these collections. I think that’s a real advantage for the brands using Runway360, not just this season but also as we move forward and the world changes back to something semi-normal. There will always be this Runway360 platform which will set alongside people who do live events,” said Kolb.

Kolb said that brands have the option whether they want to give complete open access or they want to restrict it. Retailers can be connected right to the virtual showroom, media gets access to press kits and images, and consumers can sometimes pre-order or get notification when a product is available.

The calendar shows that a special  announcement will be made Sept. 14 at noon. Kolb declined to divulge what the announcement is. However, as reported, the winners of the CFDA Fashion Awards will be revealed on CDFA.com and CFDA’s social channels the morning of Sept. 14.

Simultaneously, IMG’s New York Fashion Week: The Shows is moving ahead with its program which takes place Sept. 13 to 17 with a mixture of live and virtual fashion shows, presentations, and other programming.

On Tuesday, New York Gov. Andrew M. Cuomo gave the green light for the shows to go on from Sept. 13 to 17 — but with significant restrictions in terms of attendees and venues, as reported. The news from Cuomo’s office is in keeping with current state COVID-19 guidelines. Under New York State health and safety guidelines, outdoor events will be capped at 50 persons and indoor events at 50 percent capacity with no spectators. The new mandate from the governor may help some designers who have yet to decide whether they host physical or virtual shows this coming season.

An IMG spokesman said Tuesday that for open-air events with a capacity of 50 spectators, media and buyers would be invited as part of the spectator count. “For indoor events operating as media productions, press would be factored into the reduced capacity headcount for working professionals on-site to also include due talent, cast and crew,“ he said. “As always, designer p.r. teams will determine invitees and/or participants for their individual shows, presentations or content productions, managing against this season’s limited-capacity requirements with IMG’s support.”

As reported, IMG said it is working closely with New York State officials to ensure compliance with all health and safety requirements and has agreed that there will be no spectators for indoor events; and a limited number of private events held outdoors on the Spring Place rooftop will adhere to reduced capacity guidelines of no more than 50 people. 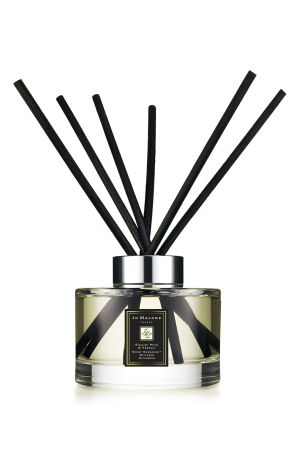 What it is: An understated and sleek diffuser that effortlessly and continuously adds the enveloping scent of English Pear & Freesia.

Fragrance story: The sensuous freshness of just-ripe pears is wrapped in a bouquet of white freesias and mellowed by amber, patchouli and woods. King William pear opens the scent. An unusual, innovative ingredient, this accord of mellow scented fruit is fresh and ripe with a juicy facet. Freesia defines the heart. Quintessentially English, cool white freesias imbue the heart of the fragrance with a delicate yet distinctive scent. Patchouli grounds the scent. Patchouli is a sensuously deep, woody note that enhances the longevity of the fragrance.

How to use: Place the reeds into the oil and then allow 24–36 hours for the fragrance to diffuse for the continuous Scent Surround experience. The fragrance will last for around 3–4 months. 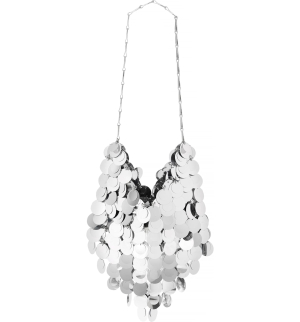 A slender chain strap and metallic discs connected by polished rings bring shimmering dimension to this iconic hobo with a removable insert. 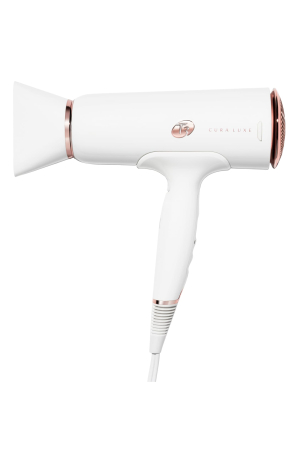 What it is: A hair dryer that elevates your styling, with T3 Digitial IonAir, multiple heat and speed settings, a volume booster and an auto pause sensor.

What it does: Its innovative Digitial IonAir technology combines digitally controlled heat with a wide, gentle airstream to dry hair quickly while maintaining body and shine. With a powerful built-in ion generator, negative ions smooth the hair cuticle for soft, frizz-free results.

- Volume Booster switch allows you to deactivate the ionizer to boost texture and volume. 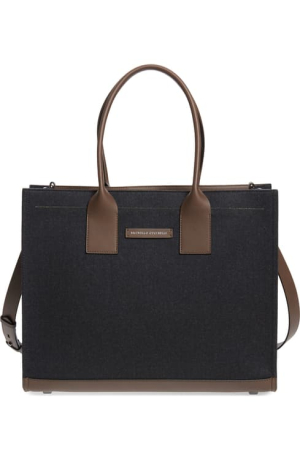 Signature monili beads make a glinting stripe at the front and back of this beautifully structured tote made from a luxe mix of cashmere and leather.

Upload images to posts in Category